The genus Homo, which is estimated to have emerged about 2.8 million years ago, includes modern humans as well as some ancestors and close relatives of modern humans. The only living species of the genus today is Homo sapiens. 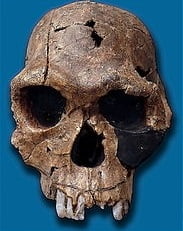 It is a species of Homo, thought to have emerged about 2.3 million years ago. Homo habilis, which managed to survive for 600/700 thousand years, spread to the eastern and southern parts of Africa. Since stone tools were also found in the areas where fossils were found, Homo habilis is thought to have the ability to use tools.